In terms of similarities, both types of panels serve the same function in the overall solar PV system. They are still playing the role of capturing energy from the sun and turning it into electricity. They are also both made from silicon because it is an abundant and durable element. In terms of differences, monocrystalline solar panels have solar cells made from a single crystal of silicon, while polycrystalline solar panels have solar cells made from many silicon fragments melted together. 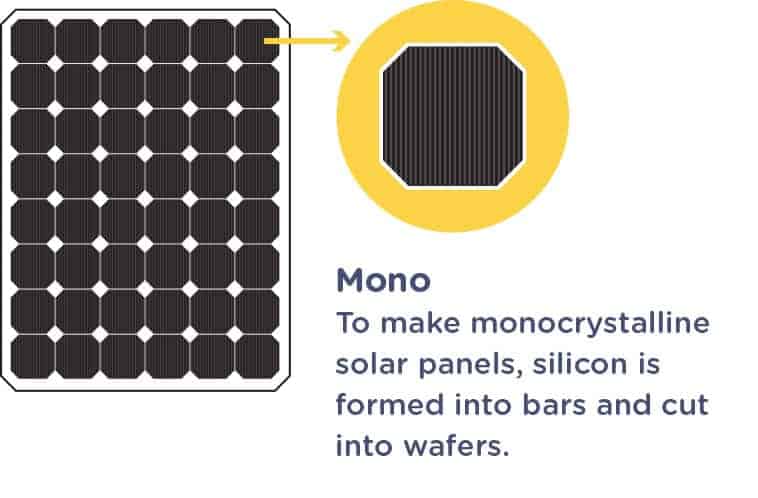 To make monocrystalline solar panels, silicon is formed into bars and cut into wafers. These types of panels are called “monocrystalline” because the silicon used is single-crystal silicon. When the cell is composed of a single crystal, the electrons that generate electricity flow have more room to move; hence, they could be more efficient than their polycrystalline counterparts. 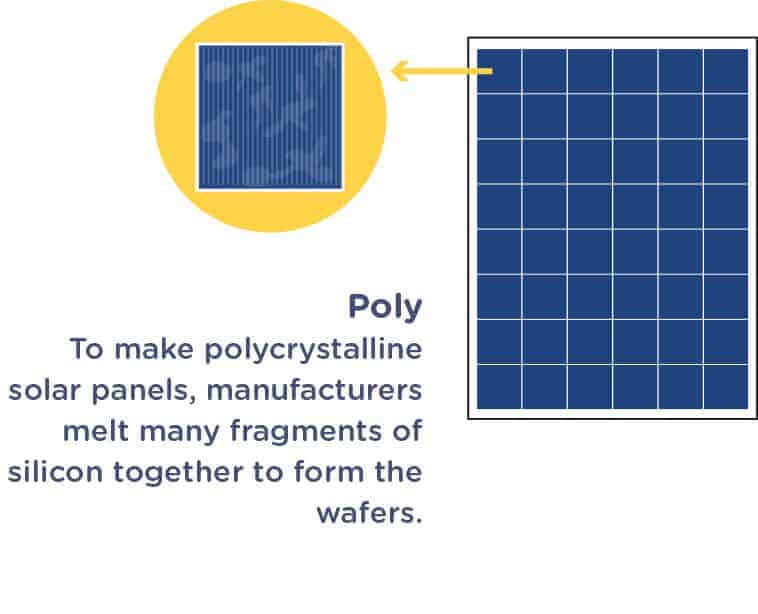 Monocrystalline vs Polycrystalline Solar Panels: Which Should You Choose?

The main considerations when deciding between monocrystalline solar panels and polycrystalline panels are these:

If you are faced with space limitations, go with the higher-efficiency solar panels. If your roof could not accommodate the PV system size for your premise, efficient monocrystalline panels that can help you maximize your electricity production will be the ideal solution. Alternately, if you have a lot of roof space or are installing ground-mounted solar, lower-efficiency polycrystalline will be a more economic option. The Dangers Of Fossil Fuels (Even Before We Burn Them) 5 Facts You Need to Know About Solar 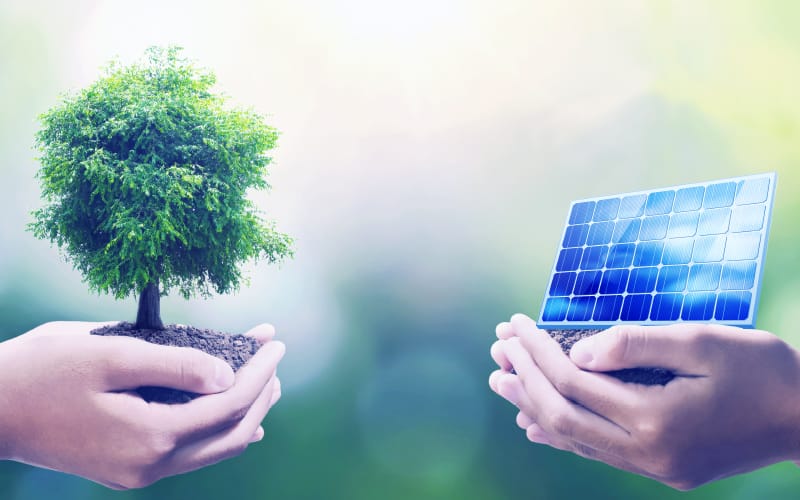